The image below was shot with a Canon 5D MK II converted to monochrome.  The customer used a series of different filters and then mapped them to color channels. 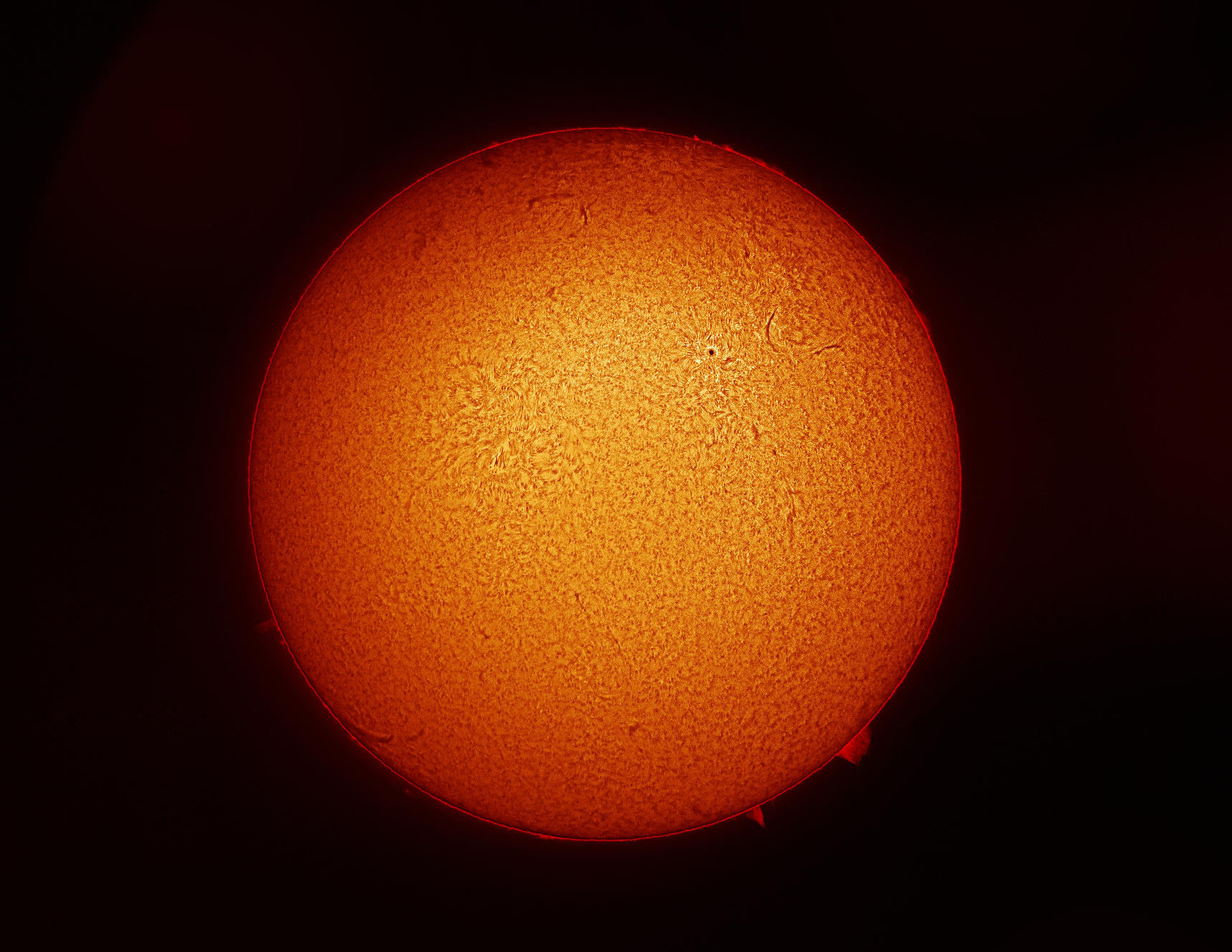 For those interested in how the picture of the sun was created, here is the email exchange I had with my customer.

I'm processing some images of the sun I took yesterday.  I also too more images of scenery around town and also shot my first narrow band image of the Orion Nebula with the camera.  Because the camera is B&W I was able to use narrow band filters with it on my telescope and was able to copy the Hubble Palette for the shoot.  The nebula image consists of over 300 separate shots, 50 in Halpha, 50 in Oxygen III, 100 in Sulfur II, and 100 with no filter.  I stacked all these into the appropriate channels to create the false color image

I'm using Registax to stack the various individual layers and then I take the layer image and map that into the respective RGB areas in photoshop.  Its time consuming but it comes out pretty good.  The sensitivity of the camera now makes it possible to take raw luminance images much shorter than a stock camera.  It has also allowed for the imaging of Solar Calcium K-line at 1/1000th of a second.  Without the mod the stock camera requires up to 3 to 4 seconds to image the solar disk in k-line

I do the whole image in b&w.  After the image is registered and stacked (actually averaged), it is imported to a paint program and converted to RGB.  At that point it still looks B&W but each channel contains the same lumenance data.  From there its a simple matter of adjusting the individual gammas and levels for each layer (RGB).  Its a lot like mixing paint.  It takes a while to get just the right look

393nm is correct.   I have a really big k-line telescope and h-alpha scope.  It pulls in a lot of light but even so with a stock cam i was shooting at really slow shutter speeds.  The modded cam was shooting at near 1/1000 for Cak and around 1/600 for h-alpha